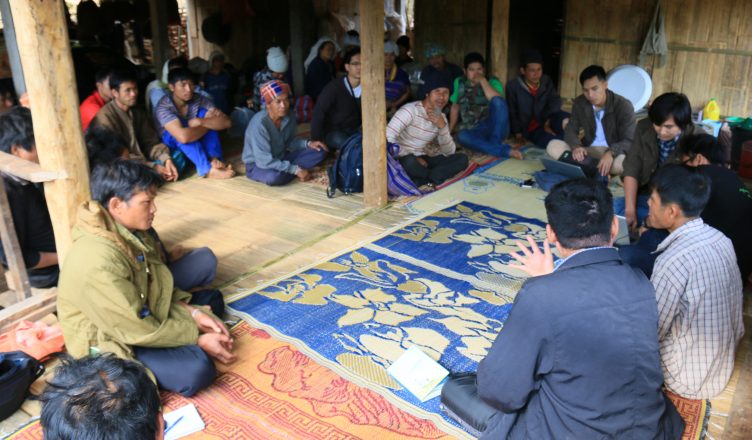 This handbook on free, prior and informed consent (FPIC) is meant for practical use by indigenous peoples’ communities. Produced by the International Alliance of Indigenous and Tribal People of the Tropical Forests (IAITPTF) and the Indigenous Peoples Foundation for Education and Environment (I.P.F), it is largely based on the experiences of indigenous communities in different countries. These include, but not limited to, the Philippines, Malaysia, Tanzania, Nepal, Panama, Suriname and Costa Rica.
From the studies conducted in these countries, we found that the application of the concept and principle of FPIC at the local level has remained a source of concern for many indigenous communities, even in countries where the rights of indigenous peoples are legally recognized at more advanced levels such as the Philippines, Costa Rica and Panama.

For instance, in the Philippines, indigenous peoples’ right to FPIC has been enshrined in the Indigenous Peoples Rights Act (IPRA), and clear guidelines on the FPIC process have been enunciated with the issuance of an administrative order by the National Commission on Indigenous Peoples (NCIP). It is explicitly required that any project involving extraction, development and utilization of resources within the indigenous peoples’ ancestral domain must obtain FPIC of communities before running any activities. However, the procedures designed to secure the right to FPIC have been reduced to a mere perfunctory process complied with by the government and companies in order to get a certificate that allows them to conduct extractive developments within indigenous territories.

Such is the case of the Bagobo-Tagbanwa Tribes in Davao del Sur where, despite their opposition, a flawed FPIC process has enabled a hydropower plant construction project to proceed. The certificate of FPIC the company obtained was not valid because only individuals in favor of the project were invited to consultations, including people from neighboring towns. Also, the consultations used technical language the people did not understand, and signatures were reportedly forged. Protests were widespread and several organizations filed complaints against the project. To date, the opposition is sustained while the project continues to operate.

Another case is that of indigenous peoples in Tanzania. Not recognized by the government as indigenous peoples, they were displaced from their traditional lands and resources without alternative livelihoods or land compensation. These forced evictions were carried out by the government in the guise of implementing development policies without the participation of indigenous peoples. Pastoralists have lost their land due to communal land tenure, establishment of protected areas, tourism, cultivation, alleged damage caused to the environment by their way of life, among others. The anti-pastoralist policies have also resulted in conflicts between them and farmers, protected areas authorities, investors, the military, and even the government. Corrupt government officials have worsened the situation by imposing excessive penalties and confiscating livestock for their own personal use.
It is obvious therefore that the application of or compliance with agreed international  laws by governments and private companies is far from ideal and remains a big gap. One way to overcome this problem is to empower indigenous communities to ensure they have the necessary knowledge and are confident in dealing with their own causes.

We therefore attempted to develop a handbook on FPIC which we hope will help indigenous peoples’ communities to understand the intricacies of the process and to use this information to develop their own practical guidelines suited to their social, economic and political context to safeguard and defend their rights.

In addition, we hope it will help promote the implementation of the United Nations Declaration on the Rights of Indigenous Peoples (UNDRIP), particularly on free, prior and informed consent as contained in articles 10, 11, 19, 28, 29 and 32.

This handbook provides general information about the basic concept of FPIC, its sources, what and who it involves, and how and when to use it. By no means a complete material, it remains a work in progress that will be further enriched by the actual experiences of indigenous communities.